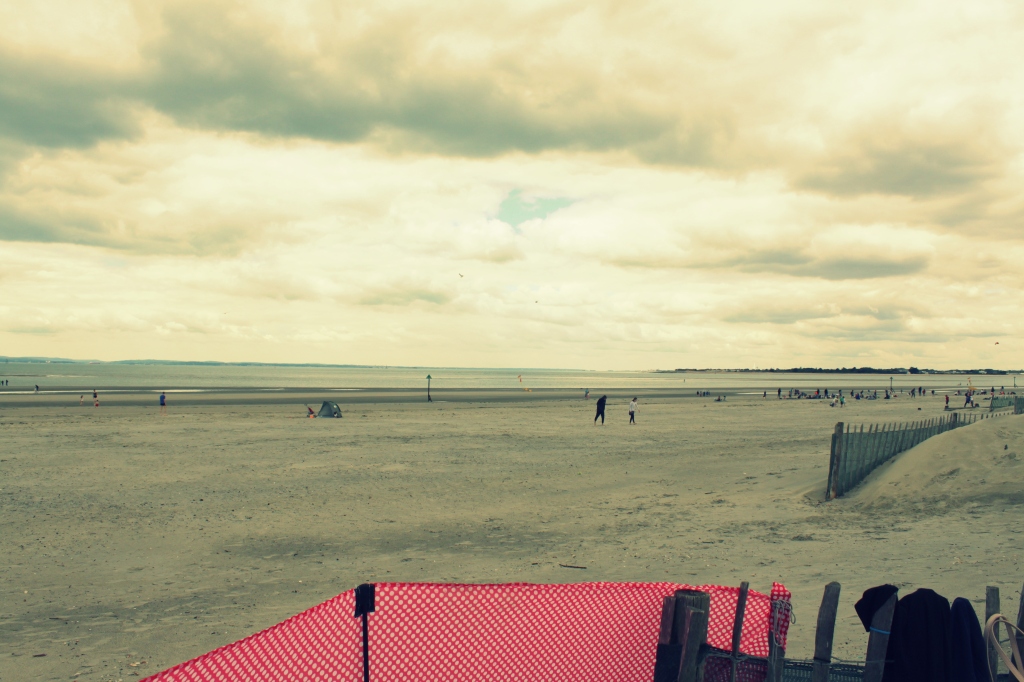 Hello, long overdue I know, but it’s finally here; what we got up to on our little holiday to Pagham, West Sussex.

So, some of you may know that from the 20th-25th June, Ole and a couple of his friends were going to Berlin and Munich to meet a few other friends who’re currently travelling around Europe for 3 weeks. So instead of being at home, bored with not much to do, I decided to take Jax on a long weekend holiday to West Sussex at the same time. My friend Mariel also came with us which made it a bit more fun for me :)

We left on the Saturday afternoon and got down to Pagham in about an hour and 45 minutes. I’ve been visiting the same holiday park for 20 years so it’s sort of like a second home to me;  I’ve always loved the drive down, it’s so scenic and there’s just miles and miles of farmers’ fields and cute country cottages. There’s also tractors everywhere so if you get stuck behind one, you’re kind of bummed for a few miles, but Jax loved seeing them so it was fine! We got a bit of food shopping then headed to Church Farm.

When we arrived our caravan was lovely. It was quite late actually so we made dinner straight away (I think it was about 6:45 at this point) so very late for Jax to eat! We made spag bol, and surprisingly, Jax didn’t eat any of it!! I was actually really worried because its one of Jax’s favourite dinners and he hadn’t eaten in a while, and he’s also stopped having milk before bed so it wasn’t nice seeing him leave his dinner! After dinner we went for a little walk to the lagoon and we fed the ducks and swans before they went to bed.

On the Sunday, we headed into Chichester after breakfast and had a nose around the shops. We also visited Chichester Cathedral which was gorgeous! Considering how long I’ve been visiting this area of West Sussex I’m surprised I’ve never been there. I thought the stained glass windows were amazing, and there’s also some original artefacts and paintings dating from the 12th Century!! Jax loved running up and down each aisle and hiding under the pews haha. When we got back, we took Jax for a swim which he loved! It’s also the first time I tried out his ‘Konfidence Floatsuit’ and he loved having the freedom of swimming and walking around on his own without me. That evening we went to Nandos for dinner – Nandos is one of my favourite restaurants haha – cheap date! Jax didn’t really eat breakfast or lunch either so I wanted him to have something I knew he’d definitely eat. 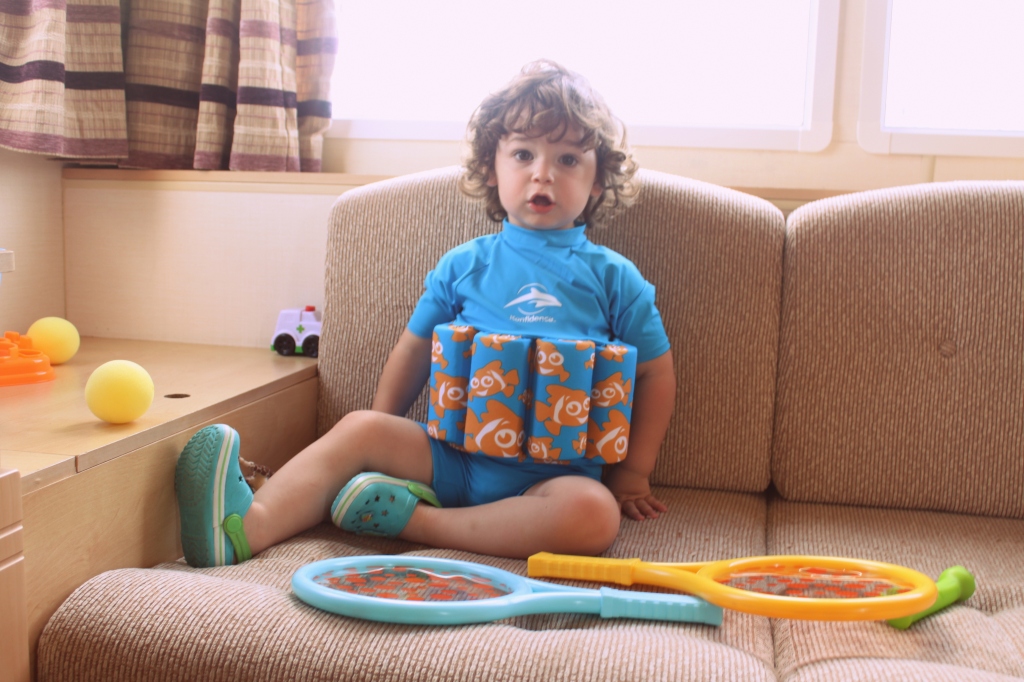 On Monday, we decided to visit ‘Earnley Butterflies, Birds & Beasts’. It was a rainy day and most of it was under cover so we didn’t get wet! We went into the butterfly enclosure first and it was like stepping into the amazon rainforest. It was so hot and humid in there our cameras steamed up! There were quite a few tropical species of butterfly and some of them were huge; they almost hit us a couple of times too whilst flying around! We went into the aviary afterwards and Jax really enjoyed watching the birds fly around him. After that, we saw the comodo dragons, tortoises, snakes, rabbits, guinea pigs and ferrets. I wouldn’t say it was worth the £9.00 each but Jax enjoyed himself and I got some good photos! We stopped of at Selsey beach on the way back too – another favourite place of mine; although it didn’t end well as Jax sat down too close and got soaked when the waves came in…

On Tuesday, we had to be out of the caravan by 10am. We’d already put most of our things in the car the night before so we didn’t have to rush too much. We headed for West Wittering beach as it was the hottest day since arriving there; still cloudy but warmer than the previous days. We set up our windbreaker and towels and made sandcastles with Jax. After lunch, Jax and I went to collect pebbles and shells, and any other bits and bobs that had washed up on the shore. At about 2pm we decided to go and get an ice cream before heading back home.

I can honestly say, I didn’t think it’d be that hard taking Jax away on my own, but it was so so tiring. A bath and bed couldn’t come any sooner on Tuesday night. It was lovely getting away and having quality time with Jax, but for some reason he just wasn’t himself; he didn’t listen to anything I said, he didn’t eat much and he didn’t really sleep either. It really made me appreciate Ole being there for me on this parenting journey (not that I don’t appreciate him, but being apart makes you realise even more how much we do for each other). The following days after getting back I was just exhausted haha – I felt like i’d not rested in years! I was so excited to pick Ole up from the airport on Thursday night and it felt like we’d been apart for more than a week.

I’ll post my favourite photos from the holiday in the next post as I don’t want this one to be too long! Thanks for having a read guys!! Remember you can follow me on my Social Networking Platforms by clicking the links below;